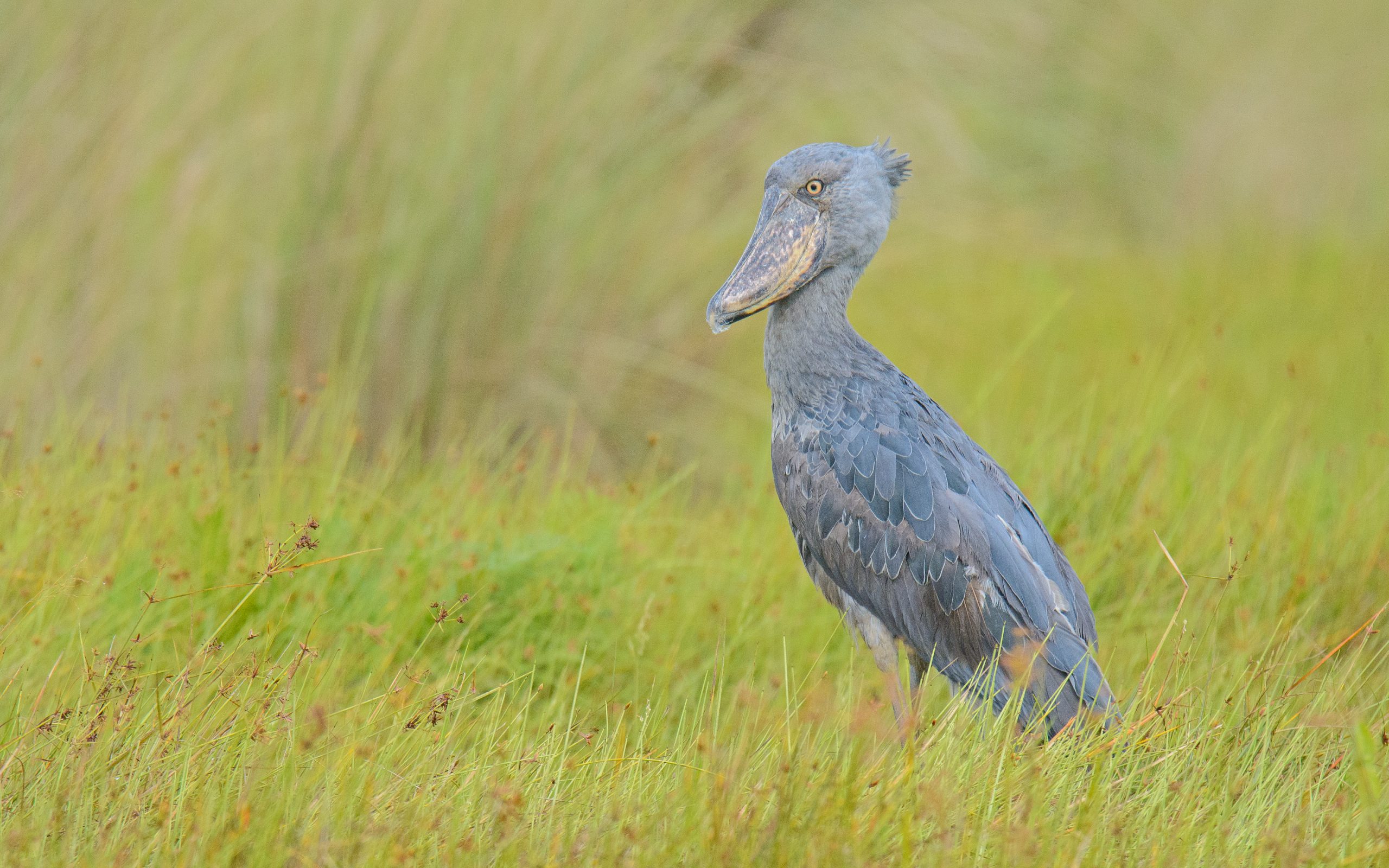 Birds and mammals in the ‘Pearl of Africa’!

Uganda is commonly known as ‘The Pearl of Africa’, and quite rightly so!

This small and unassuming central African country is located right on the equator and in the fertile Great Rift Valley, and aside from the increase in general biodiversity associated with this area, the country sports a very wide range of habitats, from very dry, open savanna to lush montane forest. Uganda has very fortunately written itself a new name and history, and one very far removed and significantly improved from its unfortunate past.

Uganda’s vast birdlist far exceeds 1000 species, and while it features only one true endemic (Fox’s Weaver), the country plays host to a number of localized Albertine Rift Endemics shared with neighboring Rwanda and DRC, and it is a reliable, safe and easily accessible site for many more. Some of the most well-known Albertine Rift Endemics include the likes of Grauer’s Broadbill, Rwenzori Turaco, Neumann’s Warbler, Red-throated Alethe, Regal Sunbird and the rare and very poorly known Shelley’s Crimsonwing. Uganda is also the best and easiest place to find the massive Shoebill, and is virtually the only country where the rare Green-breasted Pitta can be reliably found.

On top of the fantastic birding that awaits you in this country, Uganda is also blessed with an impressive suite of mammals. Known as the primate capital of the world, various monkeys and baboons are a regular sight, and the country is also widely known for its Great Apes, with large portions of the entire populations of Chimpanzees and Eastern (Mountain) Gorillas formally protected, and the high success rate of tracking these majestic animals. The open savanna regions support the full suite of big game, from Giraffes to Elephants and to Warthogs, and everything in between, including various carnivores such as Lion and Leopard.

I was fortunate enough to travel to this fantastic country in mid 2018, on a trip for Birding Ecotours with some of my long-time clients (turned good friends). More trips are on the cards, and our Uganda tour is a popular departure and runs annually. Why not join me on some of these upcoming tours?

Please enjoy some of the photos from the trip below: 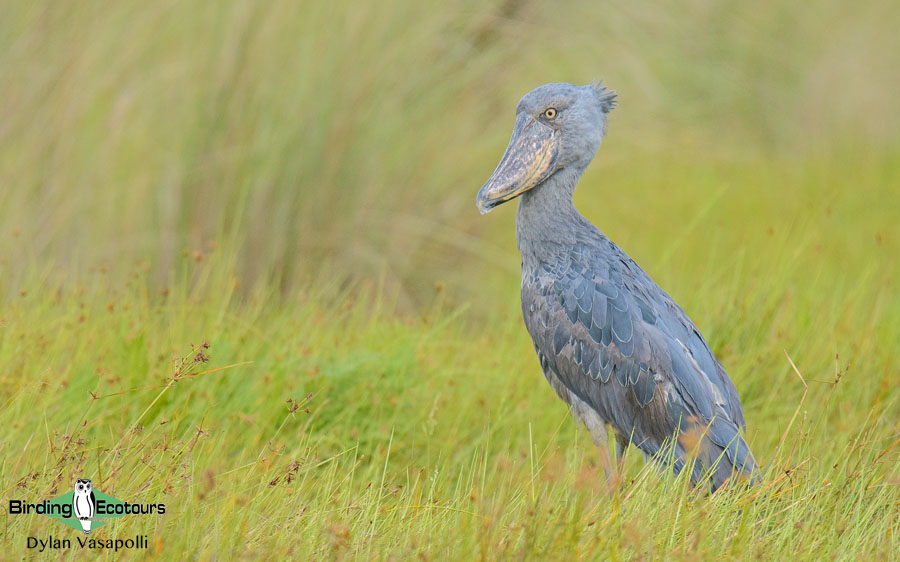 Shoebill – This is one of the most sought-after birds in the world, and can be reliably seen a short distance from Entebbe. 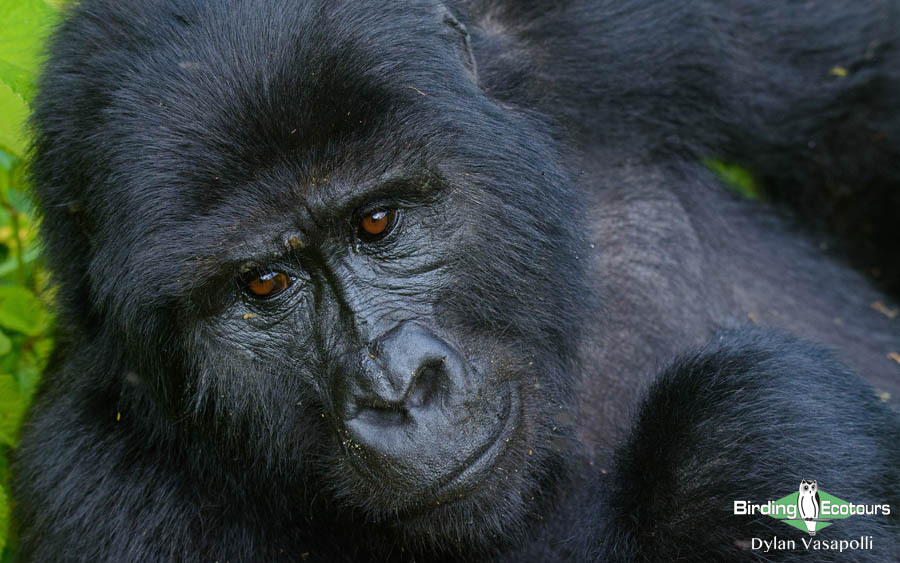 Eastern Gorilla – These gentle giants need no introduction, and are arguably one of the countries greatest treasures! 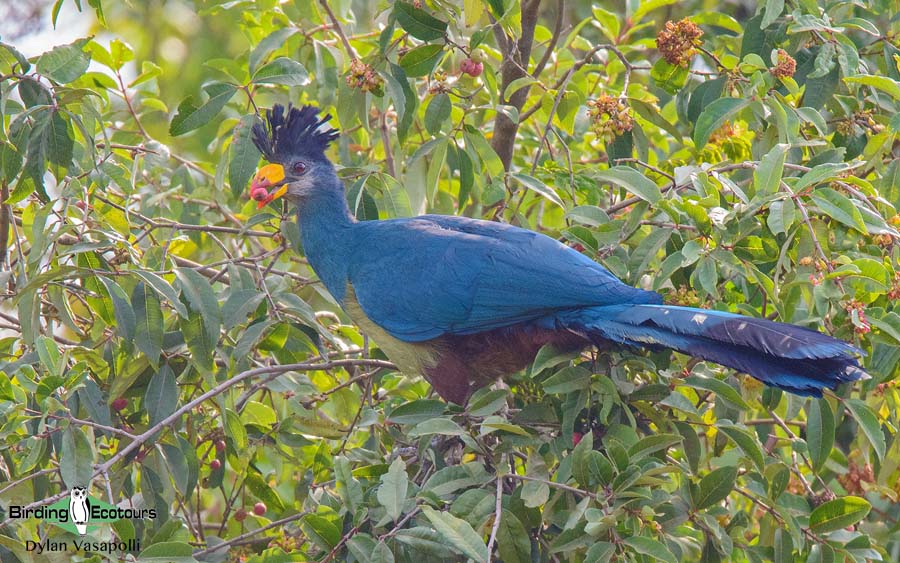 Great Blue Turaco – These massive birds, with their machine-gun-like call can be found throughout the country, in most forested and well-wooded areas. 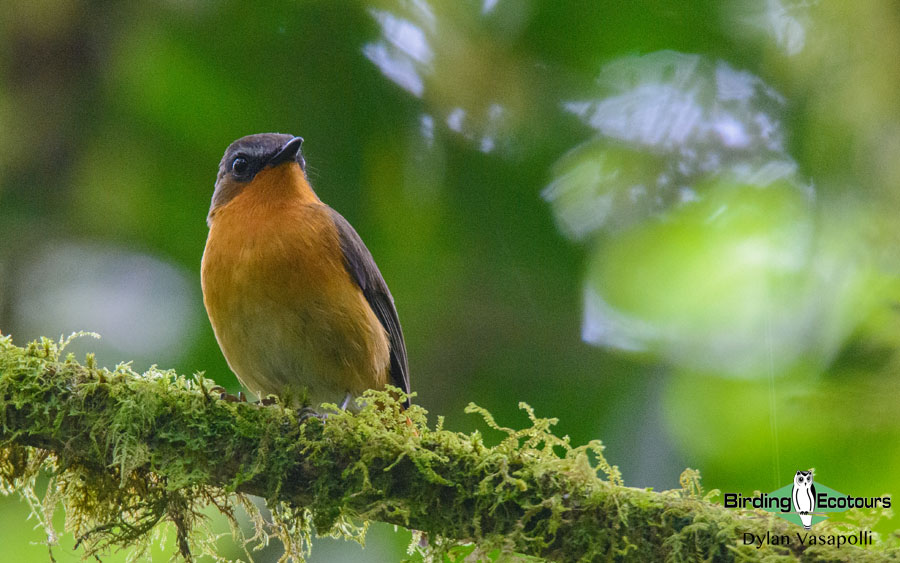 White-bellied Robin-Chat – This small and dainty forest robin is a special denizen of the Albertine Rift in the Bwindi Impenetrable National Forest. 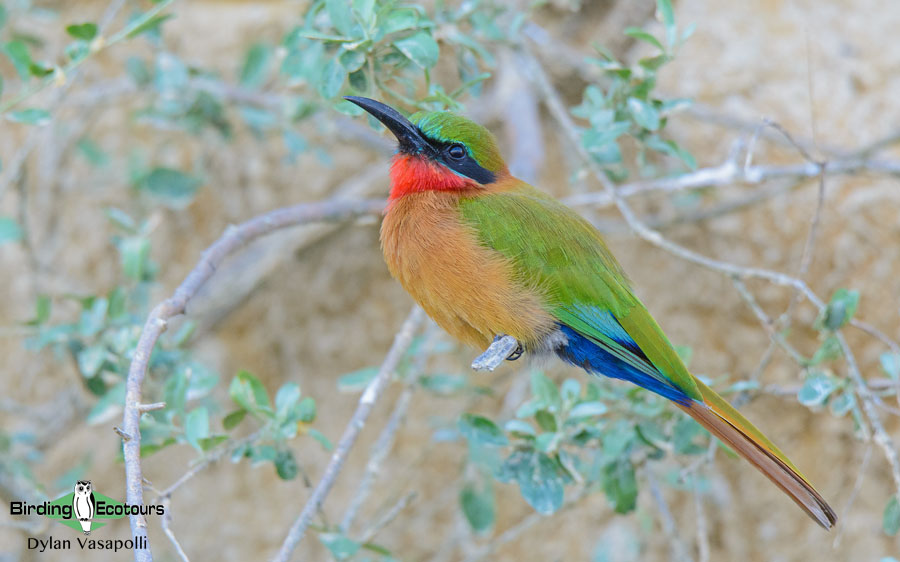 Red-throated Bee-eater – These stunning birds can be seen on the Nile River, where they nest in holes in the river banks. 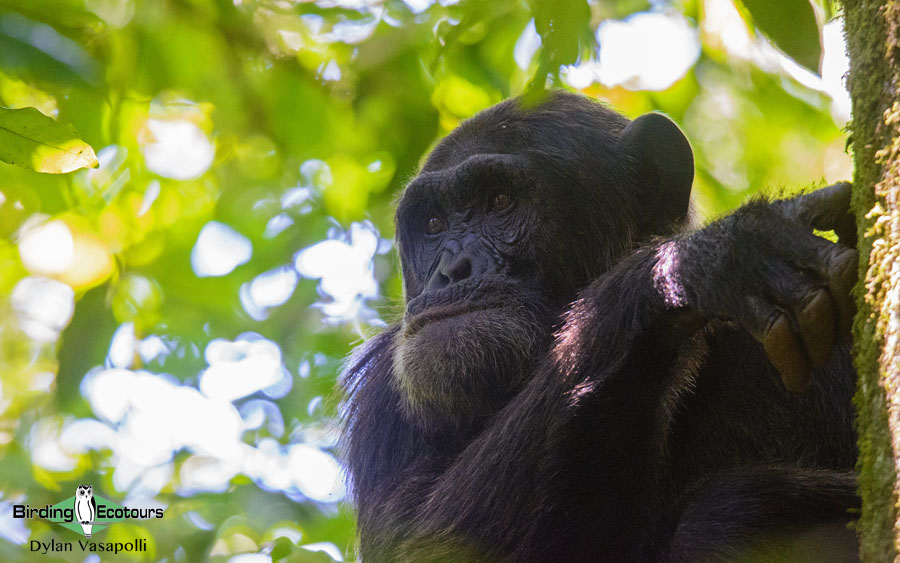 Chimpanzee – Another of the ‘Great Apes’ that Uganda is famous for. Here an old male watches over the troop while munching on some fruit. 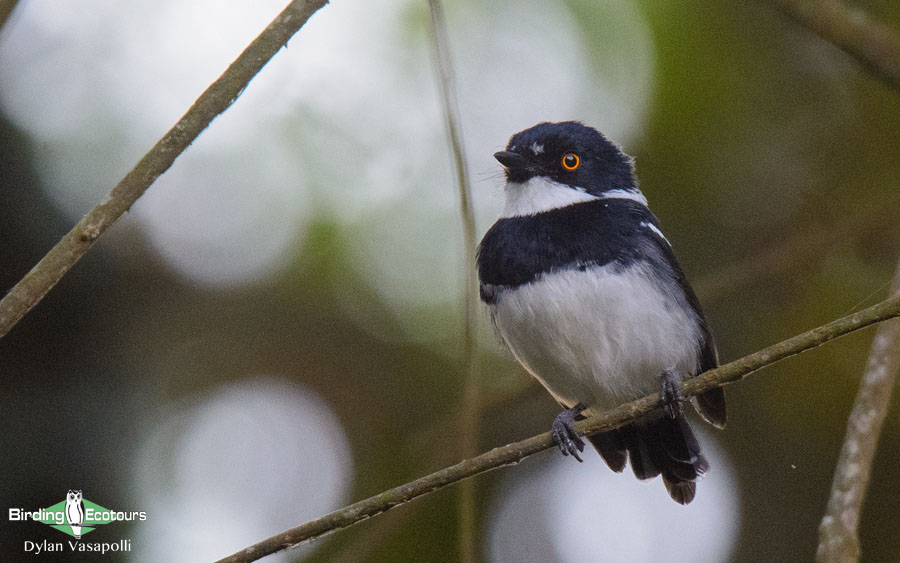 Rwenzori Batis – This is another localized and special bird of the Bwindi Impenetrable National Forest. 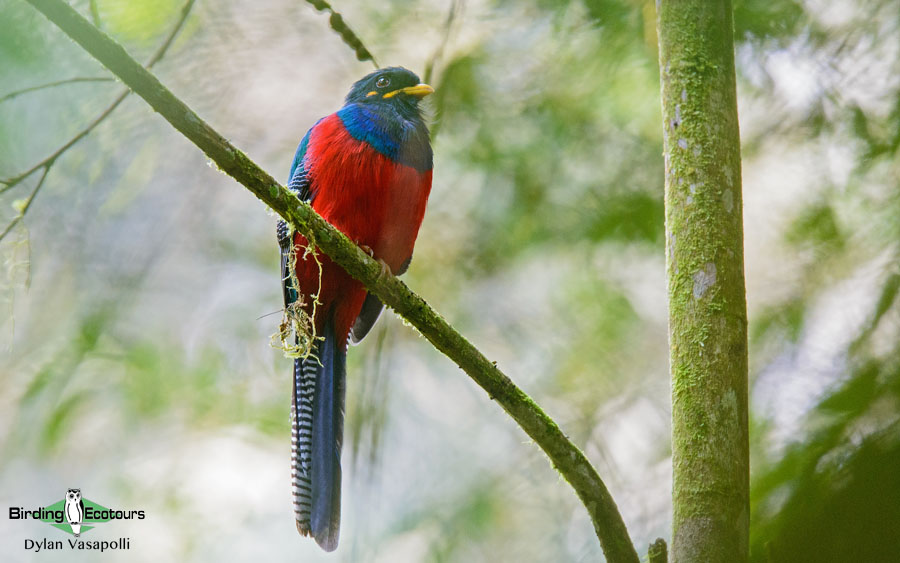 Bar-tailed Trogon – Any and all trogons are breath-taking, and a joy to see! 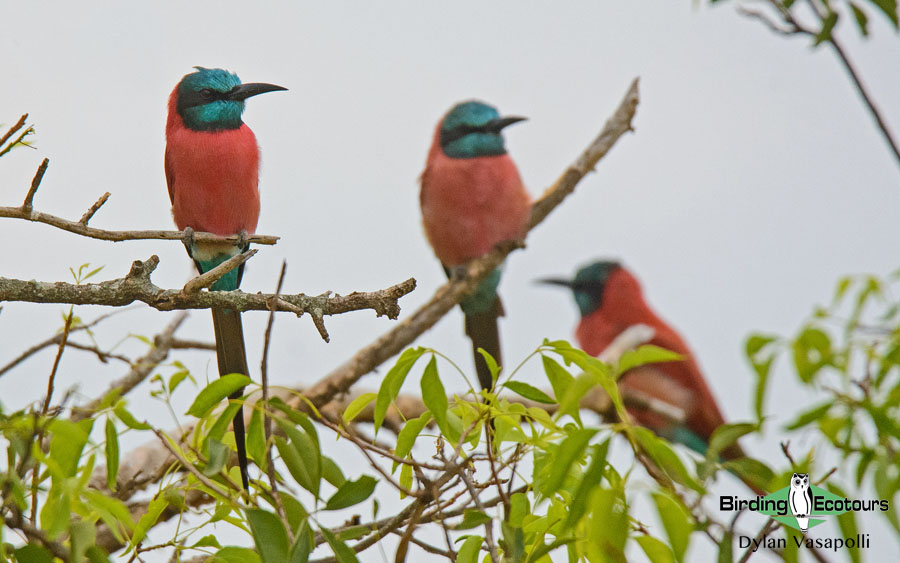 Northern Carmine Bee-eater – These large bee-eaters are a regular feature in the more open savannah areas in Uganda. 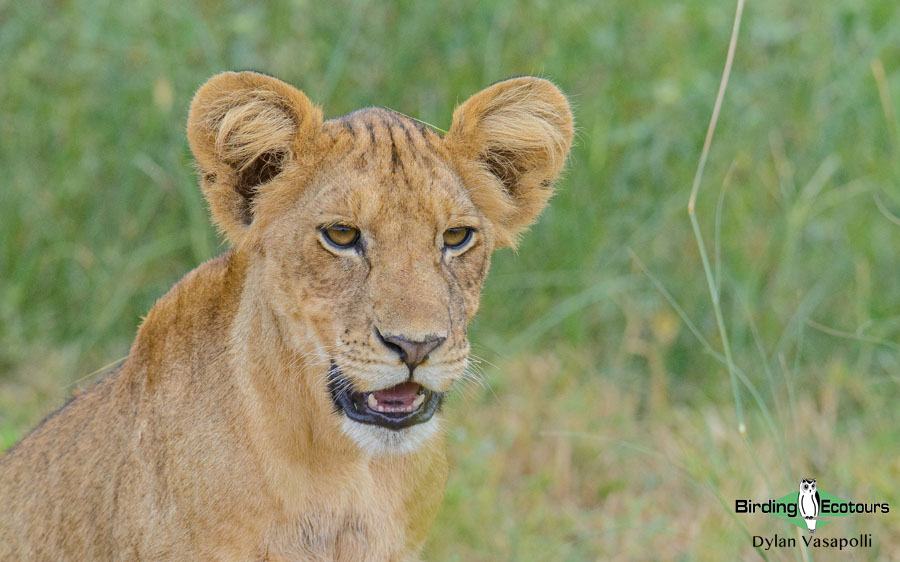 Lion cub – This lion cub was part of a larger pride, playing hide and seek with us in the long grass. With some careful maneuvering, we were able to get some great views! 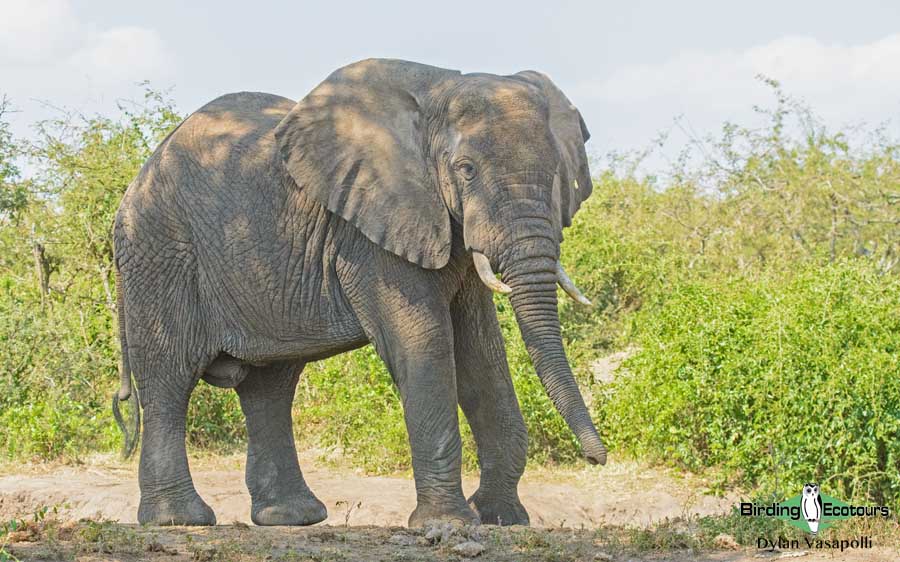